Light Centers, Power Spots, Kivas, or ceremonial Chambers have been used for thousands of years by Native American Tribes to conduct religious and spiritual ceremonies as well as for purification and healing. Similar chambers have been used throughout the world by other cultures and people.
The rituals and ceremonies have varied from place to place and time to time. The basic principles and goals of developing inner awareness and understanding of the Universe and participation in the creation of a positive collective consciousness, were similar.

Ancient ceremonial chambers served an important function in providing a unifying force to help bond tribes together in common spirit, values and attitudes.

The ceremonies and rituals held within these chambers also provided a similar unifying force within each individual, yielding a balance between the physical, spiritual and mental aspects of the whole person.

Ceremonial Chambers and rituals crafted in this time, for this age, will provide a first step towards unity for us and the world as a whole. In a sense, we will be going back to some of the aspects of Theocracy in which we begin to work together, sharing visions and ceremonies that bring us together.

We will remain present and future oriented with what we do in and with ceremonial chambers.
We will be working towards a unification in which we take total responsibility for ourselves and each other.
We will support taking care of the earth, the trees, the ocean, the sky.
We will find different ways of living so we can preserve the earth for generations to come.

Joseph Rael, Beautiful Painted Arrow, is the visionary father of the Peace Chamber project. The Peace Sound Chamber will help us create a new sound vibration to make the earth well. 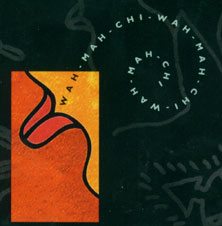