Sharing the Secrets – Part ONE: Sentience, Free Will and Self-Determination

by Holy Crusader | Sharing the Secrets | 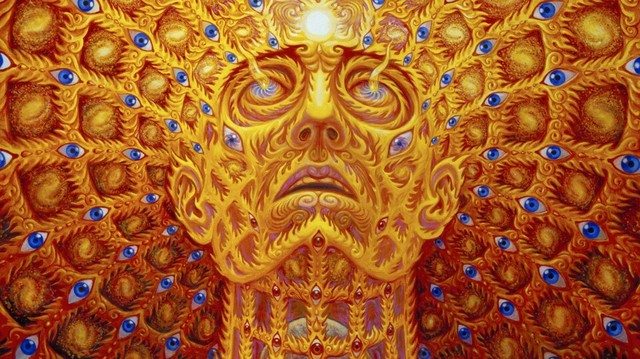 What makes a hairless ape a human being?

Three million years ago, four species of hominid, proto-human monkeys, roamed the veldt of East Africa. One of these, Handy Monkey or Homo Habilis, became the first true human ancestor with a sudden and mysterious expansion of brain size. The next and two and a quarter million years saw an unusually rapid evolution in both brain size and complexity. It has been called the fastest advance recorded for any complex organ in the whole history of life, on this planet.

The evidence, biological and fossil, clearly points to the fact that man is descended from primate ancestors not notably different from modern primates. However, Homo Sapiens, the Smart Monkey, is clearly in a class apart as a species. Three million years ago, Handy Monkey was a higher animal; 100,000 years ago, Smart Monkey emerged from the African incubator as a species of conscious, self-aware individuals. Since that point, mankind has changed very little, physically, leaving modern evolutionary biologists without any model or theory to account for the amazing proliferation of cultures and civilizations that Smart Monkey and Very Smart Monkey have created.

“Thinking about human evolution ultimately means thinking about the evolution of human consciousness,” as Terrence McKenna notes in Food of the Gods. The human mind arises out of a complex series of inter-related developments. Our unique linguistic and symbolic ability requires a large brain with lots of space devoted to linguistic processing, storage and retrieval, along with the associated motor skills of writing and tools use. This larger brain makes it necessary for our children to be born earlier and cared for longer outside the womb. These are not trivial developments, in an evolutionary sense. For all of them to happen at the same moment to produce the Smart Monkey is not only unique, but incredible. Thinking about the evolution of human consciousness ultimately means thinking about evolutionary intervention.

The proto-hominids, such as Handy Monkey, had been around for at least six million years before the beginning of the sudden brain size expansion. There is no evidence for a “missing link,” and no explanation for the sudden developments. Calling it an accident or a coincidence is simply not helpful.

However, Smart Monkey was in no doubt about the source of this “consciousness.” He saw it as divine, that is completely Other, and connected somehow with the invisible world around him. The first thing Smart Monkey did with his new ability to store information epigenetically, as stories, songs, myths, and so on, was to describe the numinousity of the natural world. Religion, that is the desire to relate to an “other” world or presence beyond the material locus, arose naturally from Smart Monkey’s growing linguistic gifts.

This awareness of the spiritual nature of language led to the creation of Smart Monkey’s original religion, shamanism. Those who could inhabit, and describe, the other world became the transformative nexus around which a culture and eventually a civilization might grow. The shaman is primarily an ecstatic technician, a master of the art of inducing trance states and deriving usable information about the way the world works from them. Ecstasy, in its purest expressions, creates a harmonic resonance cascade that can become the laser-like coherence of enlightenment.

What makes a hairless ape a human is his ability to generate and sustain this kind of ecstasy. When the harmonic resonance of ecstasy reaches a self-sustaining level, then the being can be said to have attained “free will,” that is, choices are personal, ethical and aesthetic and are bound only by the limits of compassion, which are infinite. Instead of being limited by the constraints of imagined duty or obligation to an external ideal, true “free will” partakes of infinite sharability, infinite resonance.

Self determination, individually and as a species, can only be achieved as a result of free will.

Now, suppose that all those years of explosive growth in human complexity had as its object the development of a species capable of this type of free will self determination. Three million years ago, someone or something tripped an evolutionary switch, shunting a large brained primate species onto the fast track toward sentience. Even if we postulate that the switching mechanism is inherent within the very pattern of our DNA, that is, whenever certain evolutionary tags such as brain size, thumbs and binocular vision coincide the process automatically shifts toward sentience, then we are left trying to explain the intelligence of the process. Perhaps sentience has a self-regulating mechanism that guides evolution toward the optimum choices. We apprehend this mechanism as God, or fate, or even as extra-terrestrial biologists when it intervenes to re-direct us toward sentience and self determination.

Again, taking the minimalist view that this sentient evolution is entirely DNA hard wired, the fact remains that if it happened here, on Earth, then it must have happened elsewhere. It is more incredible to think that it only happened once, here, and nowhere else, than to think that it must be somewhat common on a galactic scale. Even with this idea, the possibility of helpers from species who have undergone this transformation themselves remains. The probable emergence of a new self-determined species would be of great interest to a galactic community composed of such species.

With this in mind, the question becomes: How can we consciously align ourselves with the evolutionary mechanism? What are the Visitors, our galactic rescue squad, trying to tell us?