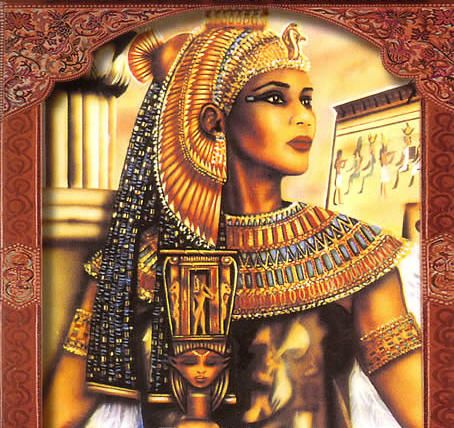 But what is Alchemy? So far, we have traced a channel of transmission from the Company of the Widow’s Son (Horus) to the Freemasons of the 18th and 19th century. The question then becomes: What were they transmitting?

In the modern mind, “alchemy” conjures up the image of a mis-guided proto-chemist locked away with his ovens and his retorts in a never-ending quest to make gold from lead, bubbling off some noxious mercury fumes from which he derives hallucinogenic images. In this view, the secret knowledge is pure superstition and the alchemist is a deluded fool.

Could such a delusion have held the interest of so many brilliant minds over so many centuries? It seems doubtful. There must have been some concrete goal to all this work.

As we noted above, the “Isis the Prophetess” fragment is in many ways the origin point of alchemy in its modern sense. It is the first text in which mysticism becomes confused with laboratory procedures. In the text, though, it is clear that Isis first imparts a philosophical understanding, then conducts a physical operation, supposedly along with Horus, in order to demonstrate the principle and illustrate her mastery of the process of transmutation.

We might even think of this as the Alchemical Method: revelation, demonstration and transmutation. The key then becomes the source of the revelation. Where is the information coming from?

In the Isis fragment, the knowledge comes from a higher order of angel, implying at least a planetary level being, who bears the signs of Nuit and Khonsu and is called “Amnael.” This angel is of course unique, appearing nowhere else in Hebrew angelology. There is a faint resemblance in name to the angel of Venus, Hanael or Anael. However, this line of conjecture quickly comes to a dead end; Isis is the Morning Star, is she learning from Herself?

An easier solution, without straining at angelic spellings, is to take the name as it is: Amn – el, the angel of Amon. This makes sense within the fragment’s Egyptian background, giving us an image of the triple divinity of ancient Thebes. Isis learned the secrets of alchemy from a complex angelic being who combined the aspects of the star, Nuit, the moon, Khonsu, and the sun, Amon-Ra. The Hebrew spelling gives us a clue to the nature of this composite being. The name spelled in full adds to 123, the number of the three part name of God, AHH YHVH ALHYS, attributed to the top three sepherot on the tree of life, Binah, Hokmah and Kether. If we break the name into Amn and ael, we get 91 and 32, both references to the Tree of Life as a whole.

Hermes and Anubis are plain enough; they are Thoth, or Tehuti, and Anubis, two Egyptian god-forms who preside over the act of Judgment by Osiris. The “howling of Kerkoros” suggests the Keres, a dog-like form of Greek Valkyrie. Ker is fear or malice, and koros can be rendered as cross. This makes the oath conjured by the “Evil Cross” and the guardian dragon, an interesting combination. The boat and ferryman are the vehicle and the guide, a motif that would later become one of the foundational concepts of several Sufi orders. The three necessities and the whip and the sword suggest countless Masonic initiations.

After this oath, which is really an initiation, the great Being tells Isis the secret: “Only Nature can overcome Nature.” She demonstrates this to Horus by means of a physical, transformational process. The transmutation is successful and she produces “the drug, the elixir of the widow.”

From this we can determine that the alchemical secret is three-fold, or rather three transformations in one. The inner transmutation involves the conscious refining of the psycho-sexual energies and fluids. The outer is the ability to use those energies to effect transmutations of physical states, including the elements. The third transmutation is that of time itself, from the darkness of the iron age to the splendor of the golden age. Remember, Isis could not begin the process until the stars were in the proper place.

We are now prepared to see the nature of the transmutation at the core of alchemy. It is not only a transmutation involving a personal or local effect to our environment. It is global and universal, involving the nature of time, and the times, in a completely unique way. Our earliest alchemical text confirms this perspective. A big part of the secret involved time: “. . .after a certain passing of the kairoi and the necessary movement of the heavenly sphere. . .”

As the secret was passed down through the various forms of the Company of the Widow’s Son, the information fragmented. In this way, some initiates received only the internal and transformational processes without the full understanding of how the parts related to the whole of the ancient science. The most guarded secret was that of time itself, and the secret of all secrets, according to the Builder texts at Edfu, involved the beginning and end of “time.”