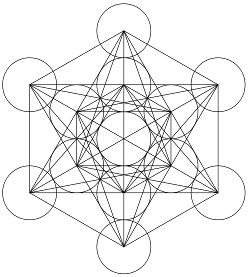 Ray was born into a family of Masons just after World War II, in 1945. Ray’s father was not an active Mason, per se, but loved to draw the geometries taught to him by the Masonic Teachers. Ray’s father had five brothers, all Masons, one of which was a 32d degree Mason, Uncle J.J. The image at the top of this page was drawn and painted by Donald Rose, Sr. , Ray’s father. In the more private times, they would talk of the Sacred Geometries, and their philosophical meaning. Ray’s mother had three brothers, two of which were Masons. His great grandfather Brock was also a 32d degree Mason who wrote Masonic handbooks.

In his early twenties, Ray was invited to join a Masonic Lodge in Georgia. At that particular time in his life, he had a friend who loved to play chess. His chess playing friend drove a Budweiser truck, delivering beer all over North Georgia. His buddy was also invited to join the Masonic Lodge, at least until they discovered that he drove the beer truck. They took back their offer to have Ray’s friend join the order, and it infuriated Ray. Because of the bureaucratic nature of the invitation and the fact that his friend’s invitation was recanted, Ray chose not to become a member of the Masonic Order. The Masons would party and drink, but would not allow one who delivered beer to become a Mason, making the invitations somewhat hypocritical.

For whatever reasons that would not become clear early in his life, Ray continued to study the Sacred Geometry Teachings with his father and uncles until about the age of twenty. Embarking on a career in Music Education, the Sacred Geometries took a back seat to Music and for many years, his only interest in the Sacred Geometries would be during the time spent alone with his father. Many of those drawings were thrown away, but a few still remain. The study and the philosophic meanings were not disposed to the garbage, but returned in full force after Ray became about forty five years of age. Since that time Ray has drawn thousands of personal study Geometric images and has remembered the Sacred Geometry philosophy and teachings of his family.

During Ray’s study in Music Education, he majored in trombone. There, his music professor, Dr. Finley was writing his dissertation on “Yoga Breathing Techniques for the Applied Instrumentalist”. For four years Ray studied Dr. Finley’s techniques on Yoga Breathing and has shared them with countless musicians and individuals who wish to understand insights into the functional Yoga breath work.

Ray began the study of the I Ching at age 22 and has integrated these Oriental concepts into his study of Yoga Breathing Techniques and Sacred Geometry. The Egyptian Mystery Schools became an important adjunct to his teachings at age forty with his introduction to Schwaller de Lubicz who was a Theosophically oriented Egyptologist and Alchemist. Schwaller moved to Luxor Egypt in 1935 from Paris, writing with his wife Isha, twenty or so books on the nature of The Luxor Temple that they called The Temple of Man.

Merkaba, which has its roots in Egyptian Esoteric Teachings, seemed to apply all the techniques of Yoga Breath, Sacred Geometry, The I Ching, and the Egyptian Mystery Schools. Currently Ray holds lectures and experiential Ascension Workshops containing these techniques, teaching in Egypt, Quebec, and the Southeastern United States.

It is hoped that The San Graal School of Sacred Geometry will be able to help those who desire to Explore Within, and to separate, in order to Unite the Self with the Higher Nature of the Universe.

The hardest Warrior to Conquer is the Warrior within. If you look for these truths outside yourself, they get farther and farther away.