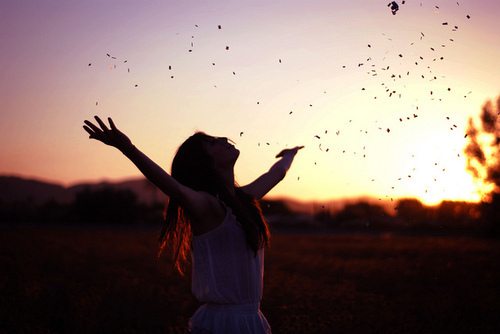 Beneath all the blinding madness of chaos in the world is the often abused word ignorance. Misunderstanding arises in the minds of people because of a choice to not become informed about the world and cultural trends. People react negatively to events and theories for many different reasons. Disagreements are waged at all levels of human relationships ranging from personal arguments to global wars. It is only when we understand others ways will we come to understand each other and achieve genuine wisdom. Therefore, wisdom is the catalyst that will overcome ignorance. This is the great challenge that faces mankind in the future. No other trend will ever deliver lasting values unless ignorance is overcome. The task before us is to define this mortal wound before we run out of time personally and globally.

In order to gain a level of wisdom to understand the ways of the world is very difficult. Wisdom is gained through experiential action not just learned theories. Acquiring a balanced input from all aspects of daily life requires one to research the three-fold essence of our existence. Human beings have a physical, mental, and spiritual reality. This three-fold vehicle has such variations as to include billions of souls. All souls think their way is the best way. Herein lies the root source of ignorance. Naturally our soul wants to protect our philosophy of life. Yet individual opinions and trends of the self-proclaimed individualist fall within the cultural norms of the community they live in.

The level of intimidation we force upon others determines the collective consciousness of the group interaction. Group consensus seldom touches the person?s personal belief and rarely produces the wisdom of the intended outcome, which is to influence a person?s opinion toward one?s personal level of realization. In other words, ten people could openly agree upon an objective but, inwardly hide their personal opinion by rejecting the agreed upon idea thus, resulting in the neutralizing the potential for wisdom to flourish in an open interactive culture. In order to change people the person must desire to gain wisdom above any form of knowledge. While knowledge is important to bring a civil code of tolerance it does not produce the volition to bring about major transformations in mental and spiritual dimensions. Herein lies the dilemma of mankind. Man does not seek wisdom he seeks knowledge and power fueled by the missionary mentality.

No person lies outside the three-fold awareness of life. At a lower form of reality we see our physical, mental, or spiritual ways as distinct realities to be brought into focus at special times of the day and/or week.. At a higher level of reality we see the three merged into one unity of conscious energy. The proof is in the level of understanding each of us has obtained. Just a small amount of self-introspection should be enough to convince the seeker of wisdom that they do have a problem with other people?s opinion. The mentality of my way or the highway should be seen as a lower form of self-glorification.

Mid-level and lower level wisdom initiates still cling to the notion of a religious philosophy of subjective phenomena and dimension embodiment. If a person does not know where they are situated on the ladder of cosmic ascension it certainly is not an advanced stage of wisdom. Ignorance sees diversity as only focused within their reality circle where like-minds feed like-motivations. While higher wisdom would see diversity as the perfect vehicle of ascension, clinging to the notion of spirituality as a separate essence apart from the physical and mental aspects would be understood as a lower thought-stream based upon the need of obtaining more knowledge. Thus, lower and middle seekers of wisdom feel a need to trap their thought-forms within a vacuum of self-control and self-prophecy with boundaries established by accepted group practices of those who intimidate them.

Advanced wisdom is unique and spacious. Those of you who obtain this state of being should see the earth as a perfect field for higher initiation. One would understand the physical body is manifested through the higher mental and spiritual thought-forms. At this stage of development, one no longer sees personal tragedy as an ending but a beginning of transformation and healing within a paradigm of cosmic eternity. Diversity and chaos are tools of change built into the natural fabric of space and time. Those who know the earth changes and, will continue to change know that the earth represents the physical garment of reality that lies within the mental and spiritual radiation of higher thought-forms of permanent conscious potentials. Immortality is understood as the conscious principle of eternal manifestation within a space/time continuum. Wisdom has no boundaries and requires no objective phenomena or doctrines within lower thought-forms to justify self-expression.

The purest statement that Buddha ever made was not spoken. The first sermon He preached was the outstretched arm clinching a lotus flower. Christ greatest statement was the Kingdom of Heaven is within you. One knowing the full nature of these examples no longer sees spiritual ecstasy apart from daily life and therefore returns each day to offer help and lighten the crushing loads of burden for those in need.

May each of you humbly cling to the notion that the earth is beautiful and perfect and, given time, will fertilize the hardest criminal mind and produce bountiful crops of compassion from the fountain of eternal wisdom. May you bring gifts of peace and understanding to those around you knowing life is forever and full of joy unspeakable! It is helping those who are in pain, confused, mad, disoriented, sorrowful, hateful, hurtful, misinformed, arrogant, jealous, selfish, etc., that most exemplify your daily focus of reality. Yes great LIGHT has shown upon a dark night of a seeking soul and found YOU there to show the way! OH YES, GREAT LOTUS FLOWER OF THE EARTH WE DID NOT KNOW SUCH A STRANGER HAD PASSED OUR WAY UNTIL YEARS LATER. YES INDEED THE KINGDOM OF HEAVEN IS WITHIN!!!