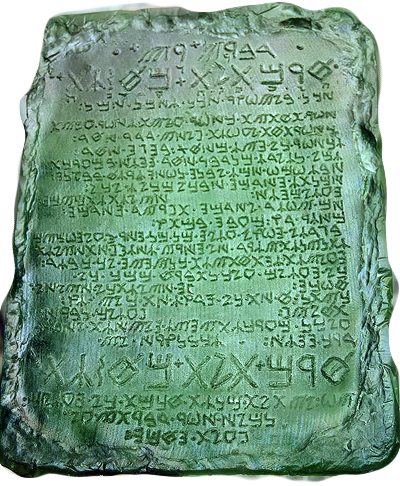 Our earliest alchemical sources show us a glimpse of an ancient science with the core of something we can recognize as alchemy as its deepest secret. Alchemy as a separate subject emerged from the intellectual and spiritual ferment of Alexandria in the first three centuries of the modern era. As it developed, it became part of the spiritual tradition of Gnostic, as opposed to orthodox and apostolic, Christianity.

Gnosis, the Greek word for knowledge, implies a direct mystical experience, such as those encountered within the pagan mystery schools. Indeed, early Christianity appeared as a type of Hebrew mystery school, which, given the Hebrew reputation in the classical world for magical powers, helped fuel its expansion. In Egypt, Christianity was accepted as another form of the Isis/Horus current which had swept through the ancient world in the centuries immediately prior to the beginning of the Common Era.

As with the Isian mysteries, early Christianity and alchemy were dominated by women. We need only read the New Testament, The Book of Acts in particular, to see how influential women were in the founding of Christianity. A key figure it seems, in both alchemy and Gnostic Christianity, was the mysterious Mary, called the Jewess.

The New Testament is filled with Marys, causing considerable confusion. There is Mary, Jesus’ mother, and Mary, sister of Martha and Lazarus and first witness to the resurrection, and Mary Magdalene, the whore at the well, and so on. The Gnostics avoided the confusion by focusing on Mary Magdalene as the wife and closest confidant of Jesus. According to The Gospel of Mary, one of the Nag Hammadi texts discovered in 1947, Jesus taught her secrets that He failed to reveal to his apostles. Interestingly enough, several Gnostic sects, such as the Ophites, held that Mary Magdalene and the noted first century alchemical author known as Mary the Jewess were one and the same individual.

Whoever she was, Mary the Jewess was an accomplished practical alchemist and the inventor of a series of technical devices still in use today, such as the hot ash box for steady heat, the dung box for prolonged heat and the double boiler, still called the “bain-marie” in French. None of her writings have survived, but she is quoted with the utmost respect by Zosimus and the other early compilers of alchemical texts. (Zosimus considered her to be Miriam, the sister of Moses. He was of course, as always, going for the most ancient tradition.)

Zosimus’ own sister, Theosebia, had a considerable reputation as an alchemist in her own right. But the most important of all the early female alchemists is Cleopatra, author of the classical Chrysopeia, or Gold-Making. In this work, collected with the “Isis the Prophetess” story in the 11th century Codex Marcianus, we find the earliest image of the Ouroboros serpent, biting it own tail. This masterful symbol of the cosmic cycle is half black and half white and encloses a brief Greek phrase meaning “the sum of all philosophy.” On the same manuscript page, under a serpent-like crescent moon, we find a line of eight-rayed stars. This is similar to the Gnostic Ogdoas, a grouping of the celestial forces, the ancient Egyptian neters, in an eight-fold pattern.

Reminiscent of both the Ogoad of Hermopolis, city of the god Thoth, or Tehuti, and the gnostic systems of Basilides and Valentinus, the eight-rayed star would also become the special symbol of Mary, mother of Jesus. To the Pythagoreans it symbolized the regeneration of the cosmos, being, as Eratosthenes declared, the “double polarity of the elements, producing a stability.” The seventeenth century alchemist Basil Valentine (note the combination of Basilides and Valentinus) claimed that the eight-rayed star symbolized the philosophic mercury and the completion of the first stage of the Great Work.

The most famous of all early alchemical texts, The Emerald Tablet of Hermes Trismegistos, became through the centuries the very credo of the alchemical adept. Tradition claimed that the tablet had been found clutched in the mummified hands of Hermes himself “in an obscure pit, where his interred body lay,” as Jabir tells us, somewhere within the great pyramid of Gizeh. The text, as Jabir gives it, is very short and obscure. It is so important, in both a historic and symbolic sense, that the full text is required for our examination. (This version was prepared by comparing the three earliest known Latin translations with the Arabic original and its subsequent English translations. The goal was to give as clear and simple a version as possible with such an obscure text.)

“In Truth, without falsehood and most real: that which is above is like that which is below, to generate the miracles of the one thing. And as all things have been derived from that one, by the thought of that one, so all things are born from that one thing by adoption. The sun is its father, the moon its mother. Wind has carried it in its belly and the earth is its nurse. Here is the origin point of every perfection in the world. Its strength and power are absolute when changed into earth; separate the earth from the fire, the subtle from the gross, gently and with great care. It ascends from the earth to the heavens, and descends again to the earth to receive the power of the superior and the inferior things. By this means, you will attain the glory of the world. And because of this, all darkness will flee from you. Within this is the power, the force of all forces. For it will overcome all subtle things and penetrate every solid thing. Thus was the universe created. From this will be, and will emerge, admirable adaptations. For this reason I am called Hermes Trismegistos, having three parts of the wisdom of the world. What I have said of the sun’s operation is accomplished.”

Whatever the origin of this text, (we find a version of it in the divinatory invocation to Amon-Ra given in Column XXIX, lines 5 -20 of the Leyden Papyrus, a 2nd century Greco-Egyptian magickal text buried with its anonymous owner in the noble necropolis on the west bank of Thebes) its value as an alchemical blueprint is obvious in light of our examination of the “Isis the Prophetess” fragment. In fact, ‘light” is the operative point.

In line 6 of the Amon-Ra invocation we read: “Lotus-of-the Stars, heaven, in its height and breadth, is open; I am become the pure light. . .in truth, without falsehood.” In the Arabic version of Jabir, this has become: “Because of this event, obscurity (darkness) will flee from you.” The “glory of the world” is the animated glow of the living gold, the generative radiation, the “pure light,’ seen by the alchemists as the great work was completed and gold appeared in their athanors. Once they had grasped this truth, The Emerald Tablet seems to tell us, the alchemists radiated light and the darkness fled from them, figuratively and literally.

The anonymous magician of Thebes was an early 2nd century contemporary of the psuedo-Cleopatra and his wisdom papyrus provides a much needed practical counterpoint to the late classical alchemical theorists such as Olympiodorus and Stephanus of Alexandria. The 7th century Stephanus, who dedicated his Nine Lessons in Chemia to the eastern Emperor Heraclius, represents the dividing line between the classical period, that of alchemy’s emergence, and the new world of Christian orthodoxy. While Christianized Greek Hermeticism continued in the east as a spiritual indulgence for mystical and scholarly monks, the tradition in the west was ruthlessly persecuted. The Church saw it as irrevocably tainted with pagan ideals.

Western Christianity, and even some of the alchemists, believed that investigation into the hidden works of nature was sacrilegious. It smacked of the forbidden fruit of the Tree of Knowledge in the Garden of Eden, and was after all part of the illicit arts given to humanity by the fallen angels. Acquiring knowledge, like eating the fruit, allowed man to become more like God. If we are to believe Hermes’ Tablet, then alchemy contained the very secret of independent creation.

From this, it not hard to see how the later alchemists, from Olympiodorus in the fifth century on down, were obsessed with the symbols of the Tree of Knowledge and the serpent, its guardian and initiator. Part of this is the influence of Gnostic sects such as the Ophites, who worshipped the snake in the garden as the author of wisdom, given to man in order to free him from the domination of the demiurge Iadalboath. Over time, these symbols would become the most cherished of all in the alchemical tradition.

However, this perspective did not help them survive the onslaught of orthodoxy in the fourth and fifth centuries. In the late fourth century, The Emperor Theodosius ordered the pagan temples destroyed. The Serapeum in Alexandria and its library of ancient texts were burned. Hypatia, the last great women alchemical philosopher, was able to save some of the library and for a while studies continued. Hypatia’s murder in 415 CE put an end to all pagan learning in Egypt. The remnants of the scholars fled to Athens, where they were finally destroyed by Justinian in 529 CE.

As the darkness fell over Europe and the west, a brief Hermetic Renaissance flowered in Constantinople. Some of these compilations from the pagan Greeks would eventually make their way to France, purchased by that enigmatic late medieval King, Francis I. Centuries later, a young student of the art would find these manuscripts extremely valuable. From them, we can speculate, he found some of the same symbolic keys that we have just elucidated. However, without the conquering Arabs, most of the secret would have died in the persecutions of the fifth and sixth centuries.