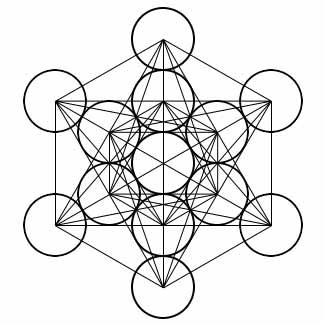 Decisions about who is correct and who is not, often confine us to insane subjectivity. Consider the ongoing debate about sharing the Shamanic, Initiatory Secrets which have been handed down by our Ancestors. Secret Societies have passed the information and teachings in cultural initiations throughout the world. A great many teachers believe that it’s time to make the material available, so you find many who teach the Ancient information in workshops and seminars in all areas of the globe.

As these teachers meet other teachers and Shaman, and encounter groups, who have held the information secret, and remarkably find this new teacher, teaching the Ancient Wisdom, down at the corner Crystal Shop, we might have an understanding of how the wars began. Each teacher has his/her specific technique, that took years to develop. Maybe he learned a special secret, looking at the shimmering clouds, or saw a reflection in a pool. Perhaps an Angel, or a Vision, caused a gift of Wisdom, that contained information, so important, that it needed to kept secret.

Pythagoras’ tale about keeping the Dodecahedron secret befits our story. He thought it contained the deep secret of the universe, and decided that it was a secret not sharable. He hid it from his teachings. His most famous gift [a^2+b^2=c^2] is known as the Pythagorean Theorem. The decision to keep the Dodeca/Phi relationship secret, is one of the fundamental disagreements with the advanced geometry sages. It’s special arrangement seems to yield major enlightenment in areas such as Medical and Psychiatric fields, and the creation of free energy, particularly when studied in it’s special arrangement with Phi or Golden Mean Proportion. It’s effect on being centered in meditation yields wonderful results. It is one of the greatest healing tools available.

I believe the reason for the disagreement is that Phi creates sharability itself. If everything was sharable, there would be no reason to keep the secrets, and therein lies the dilemma. If everyone maintained a relationship with Dodeca and Phi, it would create the One World, allowing Consciousness, It’s defragmentation. Maybe we have reservations about the One World, or One Universe. What does it mean?

Are All your thoughts sharable? Could you engage yourself to One, who’s thoughts, you could share together simultaneously? What if the whole World and Universe were sharable? Are there Ones who are in a totally sharable state? Perhaps we have touched, briefly, on the Consciousness of the Shaman,… Becoming One with the Universe, or The Song Line. The big question remains, can we become sharable as a Consciousness?

If the Shaman of the world teach us all their secrets, will we all light up like Lightbulbs, and become engaged within a group that might use the energy to control the World? Myths are full of stories of people who used the secrets against others. Why share a secret with anyone who might misuse it?

‘If you don’t go over to the edge of the Abyss, you will learn absolutely nothing’ is a quote by a favorite teacher, and reveals and attitude with no fear. We are a consciousness which compares everything to itself, and does a subtracting routine, leaving the subject, less than Whole, or One World. With this divisive attitude, we are able to control the world, in our own way. The fact that the World diminishes, each time we subtract, is ignored. Another option might lead us to inspect the Abyss, as have the Shaman of the World. A truth of the Abyss is that you must conform to the same substance as the Abyss. Becoming this substance causes fear, so it is easy to avoid. We can overcome the fear of the Abyss by knowing it’s Oneness, and our individual relationship with the Oneness, and the Song of the Land.

What if you are placed in the Abyss for Life’s Great Initiation? It seems better to be prepared for the task at hand, than to be ignorant of the secrets. Preparing for the depths of transition, stabilizing and balancing in anticipation of the Union of the One, holds our attention as a Consciousness. We ask ourselves if we are prepared, and we know not. We can hardly understand the Union of Consciousness, because the secrets have been held in silence.

Is it time for the attitude of the World’s Teachers and Shaman to combine their energy into a Great Teaching of Truth, which would aid the people of Earth in the precessional transition? We don’t need to have a meeting and there is no need for big decisions. There is no need of bureaucracy or discussion. We must search our inner hearts and decide.

Our decision must be met with a confident countenance which employs Greatness. We will become in a sharable state as higher dimensional awareness occurs. Need we be prepared?