by Holy Crusader | Rise to Consciousness | 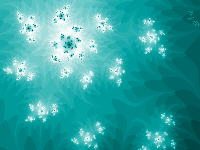 “I do not know where to find in any literature, whether ancient or modern, any adequate account of that nature with which I am acquainted. Mythology comes nearest to it of any.” Henry David Thoreau

The eternal, universal principle of the relationship between the Macrocosm and the Microcosm, and their combined relationship to the mythological archetypes is one that is as indispensable now in understanding the nature and existence of mankind as it was during the rise of the great philosophers of the Renaissance. While the Renaissance philosophers bring to us a closer understanding of how humans at the time related to the cosmos, this principle found its Source in even more ancient philosophical/religious thought.

The principle of the Macrocosm-Microcosm holds that the rules and forces shaping and governing the human body are the same as those shaping and governing the entire universe; thereby, each human is a miniature cosmos. This ideology combined with an understanding and analysis of the mythological archetypes that portray the multidimensional history of mankind, begins to shed the light of understanding on matters that seem both esoteric and insurmountable to the human mind. Indeed, it can be seen that the mythologies actually speak the language of the cosmos in a symbolic and archetypal fashion that surpasses cultural and language barriers, and that therein lies the truest, unabridged version of human history, as well as the history of the universe(s) and that multifarious recognition we call God.

As a statement of how the multidimensional universe works, it implies the reality of “action at a distance”, the idea that forces can act upon and interact with objects seemingly without directly touching them. This idea supports Paracelsus notion that all the sciences combine to constitute that which is called creation, and that each of them intricately interacts with the other. No singular, specific science can be conclusive about our origin, nor our existence.

The idea of man as a Microcosm, representative both externally and internally of the earth or the universe, is idealistic of a primitive, original state of consciousness. This is wisely expressed in the following:

“Man is esteemed to be a little world, and in all respects he is to be compared to a world. The bones under his skin are likened to mountains, for by them the body is strengthened, even as the earth is by rocks, and the flesh is taken for earth, and the great blood vessels for rivers, and the little ones for small streams that pour into great rivers. The bladder is the sea, wherein the great as well as the small streams congregate. The hair is compared to sprouting herbs, the nails on the hand and feet, and whatever else may be discovered inside and outside a man, all according to its kind is compared to the world.”

A similar concept of the human as a Microcosm is taught by the Essenes in The Gospel of Peace, wherein it is shown that humans contain within themselves the very essence of the Earthly Mother. The words of Jesus are cited wherein he speaks of the both the heavenly and the earthly nature of man,

In addition to being of the flesh of the Earthly Mother, humans are also considered Microcosms of the Heavenly Father and the temporal Cosmos (represented by the stars and universe). This triplicity combined as the Macrocosm personifies itself in humans. When an individual acknowledges awareness of the SELF as a personification of the Macrocosm, it is at this point that one can begin to integrate and bridge the gaps in consciousness that make a person appear as separate and alone. It is also at this point that one can start to embody higher dimensions of their quantum SELF (be born of the Earthly Mother, the Heavenly Father, and the temporal Cosmos) and walk with the angels (a conscious ability professed by both the Essenes and the Egyptians).

In his treatise on astronomy, Paracelsus wrote that the firmament does not exert a compelling force upon man, but that man himself acts upon the worlds more than they influence him. He stated that “The stars are subject to the philosopher, they must follow him, and not he them.” And from the wisdom of Paracelsus concerning the Macrocosm-Microcosm:

“The whole word surrounds man as a circle surrounds one point. From this it follows that all things are related to this one point, no differently from an apple seed which is surrounded and preserved by the fruit, and which draws it sustenance from it… Similarly, man is a seed and the world is his apple; and just as the seed fares in the apple, so does man fare in the world, which surrounds him… Each thing has its own origin; partly in the eternal, and partly in the temporal. And wisdom, whether it be heavenly or earthly, can be achieved only through the attractive force of the center and the circle…

You should look upon man as a part of nature whose end lies in heaven. In the heavens you can see man, each part for himself; for man is made of heaven. And the matter out of which man was created also indicates to you the pattern after which he was formed… Heaven is man, and man is heaven, and all men together are the one heaven, and heaven is nothing but one man. You know this to understand why one place is this way and the other that way, why this is new and that is old, and why there are everywhere so many diverse things.

But this cannot be discovered by studying the heavens… All that can be discovered is the distribution of their active influences… We, men, have a heaven, and it lies in each of us in entire plentitude, undivided and corresponding to each mans specificity. Thus, each human life takes its own course, thus dying, death and disease are un evenly distributed, in each case according to the actions of the heavens. For if the same heaven were in all of us, all men would have to be equally sick and equally healthy. But this is not so; the unity of the Great Heaven is split into our diversities by the various moments at which we are born. As soon as a child is conceived, it receives its own heaven. If all children had been born at the same moment, all of them would have the same heaven in them, and their lives would follow the same course. Therefore, the starry vault imprints itself on the inner heaven of man. A miracle without equal!”

Paracelsus goes even further in elaborating on the inner Microcosm of humans being related to the macrocosmic stars. Through a certain mental faculty our spirit can by imitation be made like to some star, so that it is filled with the characteristics and functions of it. He states that each human was created great and noble and that they can only be understood as an image of the Macrocosm, the Great Creator:

“The inner stars of man are, in their properties, kind, and nature, by their course and position, like his outer stars, and different only in form and material. For as regards their nature, it is the same in the ether and in the microcosm, man… Just as the sun shines through a glass, as though divested if body and substance, so the stars penetrate one another in the body… For the sun and moon and all planets, as well as all the stars and whole chaos, are in man… For man was created from heaven and earth, and is therefore like them!”

All atoms hail from the Source and our bodies and everything in which we partake or all that we create, as well as the planet on which we live, is part of the cyclic, harmonic life of the Cosmos. The same atom that once had its home in some distant star finds its way into eventually the human lifestream. Thus, humans, likened unto the Creator (the Heavenly Father, the Earthly Mother and the Temporal Cosmos) – are triplistic in nature and thereby bound in creation through the trinity. One cannot ignore the flesh of the Mother, the spirit of the Cosmos, nor the heavenly essence of the Father, for these are the same of which one is comprised.

Considering that humans are Microcosms and contain within the infinite substance of that which can be both visually and spiritually confirmed, the archetypes of the collective unconscious become a little more comprehensive in nature. The great, misunderstood mythologies preserved throughout the ages of mankind become no longer just archetypal sagas of fantasized gods, goddesses, heroes, heroines, dragons, winged creatures, and the like; but instead, are better understood as the content of the multidimensional human structure, as well as a symbolic language in which to record multidimensional actions.

Quantum physics implicitly substantiates having more than one existence in more than one realm simultaneously, in essence multidimensional bodies. The fact that the atom rapidly oscillates between two dimensions is supportive of the fact that humans, comprised of atomic substance, consist of both the inner and outer bodies. The vacuum created by the balance of inertia and gravity is the realm of consciousness and the home of the gods. Perhaps there really was a time when consciousness was more wholly integrated in human existence – a golden time when the divine archetypes without hindrance traveled, conversed, and lived with and as humans.

Or, perhaps it is simply as Jung claims, that the more complex emotional states became complicated and as constituents, gathered the characteristics of personalities. In the phenomenology of religion, many of the earlier gods developed from persons into abstract ideas. Many of the old gods have become descriptive attributes to human characteristics. In either case, whether viewed as physical or ethereal, the archetypal substance of mythology is the form and multidimensional tale of the inner world as it relates to the outer world. It is the form of our deepest unconsciousness, as well as our highest consciousness.

Each human lives their personal myth in just as real a way as the third dimensional existence around them is experienced. Most people are externally unaware of their own trinity, thereby they know not consciously of their personal myth, or of the many interdimensional bodies of which they are comprised. However, deep at the root of the SELF, the personal myth lurks and strikes at the surface often enough to command attention and frequently creates what is known to the uninitiated as phenomena.

During the personal rise to consciousness, on the road to The Union and Reunion of Opposites, one learns to bridge the gaps between the dimensions of the inner and outer SELF and integrate their many faces into one whole being – which is part and particle of the ALL in ALL – the triplistic, divine Macrocosm. It is then that the language of mythology becomes comprehensible and even preferable to the culturally stifling, limiting, external dialogues of the human race.

At some level all humans understand this archetypal, symbolic language. It requires no literal translation, as there are no adequacies in world languages. It is the mythological language of the soul and its rhythm and meter harmonizes with the cosmic dance of the universe bonding together in common understanding the Macrocosm and the Microcosm.